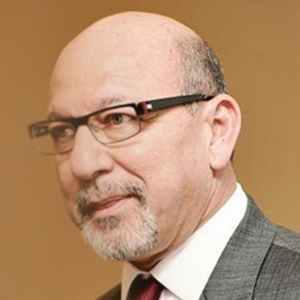 “I make no apologies for sharing my view that the presidency of Jacob Zuma was a total disaster for South Africa,” said Manuel.

Manuel delivered the keynote address at the Archbishop Thabo Makgoba Development Trust Public Lecture at the University of the Western Cape.

Although Manuel spoke about a wide range of issues, he also addressed his tenure under Zuma.

“Many are aware that I served in his Cabinet until May 2014, charged with the responsibility to draft the National Development Plan (NDP). Granted, president Zuma did not interfere with the work of the planning commission, nor did he seek to amend any of the recommendations.”

Manuel said Zuma “did not even attempt to soften our recommendations in a whole chapter devoted to fighting corruption or the very critical chapter on building a capable and developmental state”.

ANC ‘a mere shadow of what it once was’

He said many people would argue that Zuma merely ignored the NDP, while paying lip service to having initiated the process.

“It’s clear his attention and priorities lie elsewhere,” he said.

He said in September 2008, Thabo Mbeki’s removal from office led to a rapid change of South Africa’s fortunes.

“The ANC would become a mere shadow of what it once was.”

He said Zuma had left the country with the biggest challenge yet since democracy and the challenges would continue to arise.

“One only has to assess the extent of destruction of key state institutions, especially in the criminal justice and state security institutions.

“In addition, virtually all of the state-owned corporations (SOCs) have been bankrupted by the awful combination of corruption and mismanagement. Given the vast sums of money that will be needed to support the SOCs, the delivery of basic services to address inequality will be compromised.”

Manuel said it was already evident that the spending available per capita in both education and healthcare had fallen quite rapidly.

“Hospitals are not functioning properly, school feeding programmes in many districts have been discontinued, and we still have children relieving themselves in the veld outside the school because there are no toilets.

“We have seen incompetent ministers appoint unqualified DGs (directors-general) in many departments, happy that competent and dedicated professional public servants had been driven out.”

He said even with a new and determined president (Cyril Ramaphosa) who was committed to reversing the destruction of the state, the problem would not disappear.

“Rebuilding the capability of the state is going to prove much more difficult than what it was the first time, because the gift of patience granted by the people since 1994 has been withdrawn and the state has been corroded by poor governance and maladministration.

“It will take considerably longer to rebuild than it took to destroy its inner workings. The commitment to build and persevere is no longer there – the cadre elected to serve the public under the Mandela administration has been replaced by a pack of self-serving politicians focused mostly on their own political survival.”

Now, he said, Ramaphosa had an exceedingly difficult task.

“His victory was on a slender margin in December, and he has a compromised national executive committee made up of too many individuals who will try and throw concrete into the mechanisms to prevent the wheels of justice from turning.

“Why? Because they have much to fear and too much to lose in their quest for personal enrichment. It is for this reason that we must all commit to supporting him in his endeavors for leadership against the triple challenges of poverty, inequality and unemployment. We need to understand the enormity of the challenge, if only to root out corruption.”